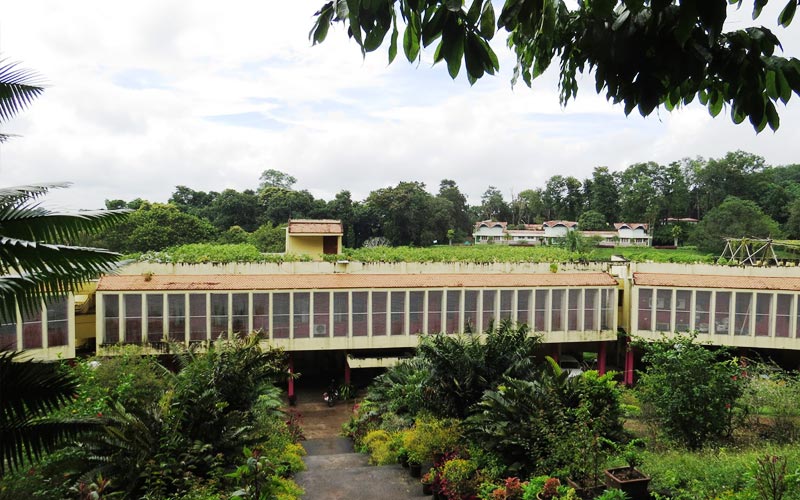 R & D organization by the Government of Kerala in 1979. In1996, the Saraswathi Thangavelu Extension Centre of JNTBGRI housing the Bioinformatics component became functional. In 2018, the Prof. A. Abraham Research and Development sub centre for value added research in natural fibre and crop plants also established. During the year 2003, JNTBGRI was brought under the newly formed society, Kerala State Council for Science, Technology and Environment (KSCSTE), which is registered as a society under the Science and Technology Department, Government of Kerala. The institute is located in a 300 acres of natural forest land, right in the lap of the Western Ghats at Palode, 40 km northeast to Thiruvananthapuram city, on the Thiruvananthapuram – Shenkottah state highway. Read More >>